So I did something new today.

I’ve ordered a few stickers for my car & motorbike, along the lines of:

I’m pretty worried about the climate.

The sticker with the strongest phrasing says:

I’m no stranger to being opinionated and vocal, but this is a new step, and it’s weirdly uncomfortable.

I’m still very much developing my perspective on activism, but to me, there are these levels (among many more):

I’ve been very vocal at level 1 for a long time, but this is my first time stretching past that, and I’m even skipping a step. Long legs, I guess.

The friends and family I’ve mentioned this to have had a wide variety of responses. Here are some samples, anonymised:

Well, having a bumper sticker isn’t going to change anything!

You’re going to get keyed.

I don’t think you’ll get keyed. People say that about electric vehicles but it doesn’t suddenly happen to everyone with an EV. And it makes climate change views more mainstream, give people an idea that it’s not just a niche hippy thing!

Send pics of your sticker when you get it!

Nobody has yet pointed out (though they’re probably thinking it) that putting a climate sticker on a motorbike - which burns as much fuel as a compact car - seems like a contradiction, but I’d love to see the bike market progress in that direction too. My recent purchase was made with fuel economy front of mind, and the bike uses ~4.5L/100km rather than the ~8 I was considering. Plus, it normalises that enthusiasts can also care about environmental issues.

The podcast How to Save a Planet ends every episode with a list of ways you can do something about a climate-related issue. A lot of it comes down to the fact that reducing individual consumption is far less effective than democratically setting national and international policy in the right direction, so this is my first very small, very tentative attempt.

So, well, here we are. Guess I’m finally starting to do something about it.

Have you dipped a toe into proclaiming a cause that matters to you, and how do you feel about it? I’d love to hear from you.

They’ve arrived! It’s not something you often see on a bike. 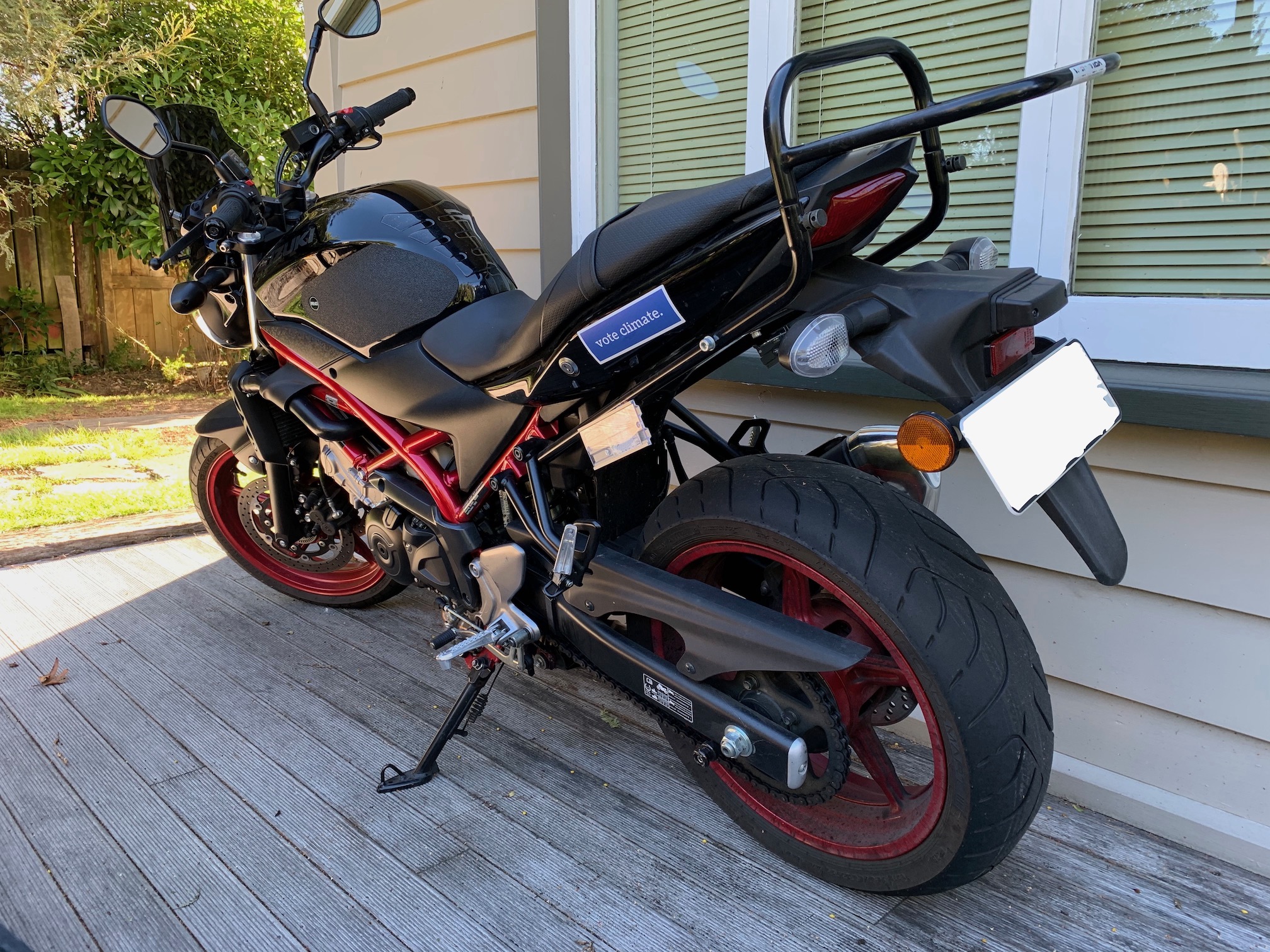 Wish I’d waited for the wind to die down before putting the car’s on - that misalignment is going to bug me! Maybe it’ll be washed away in a storm. 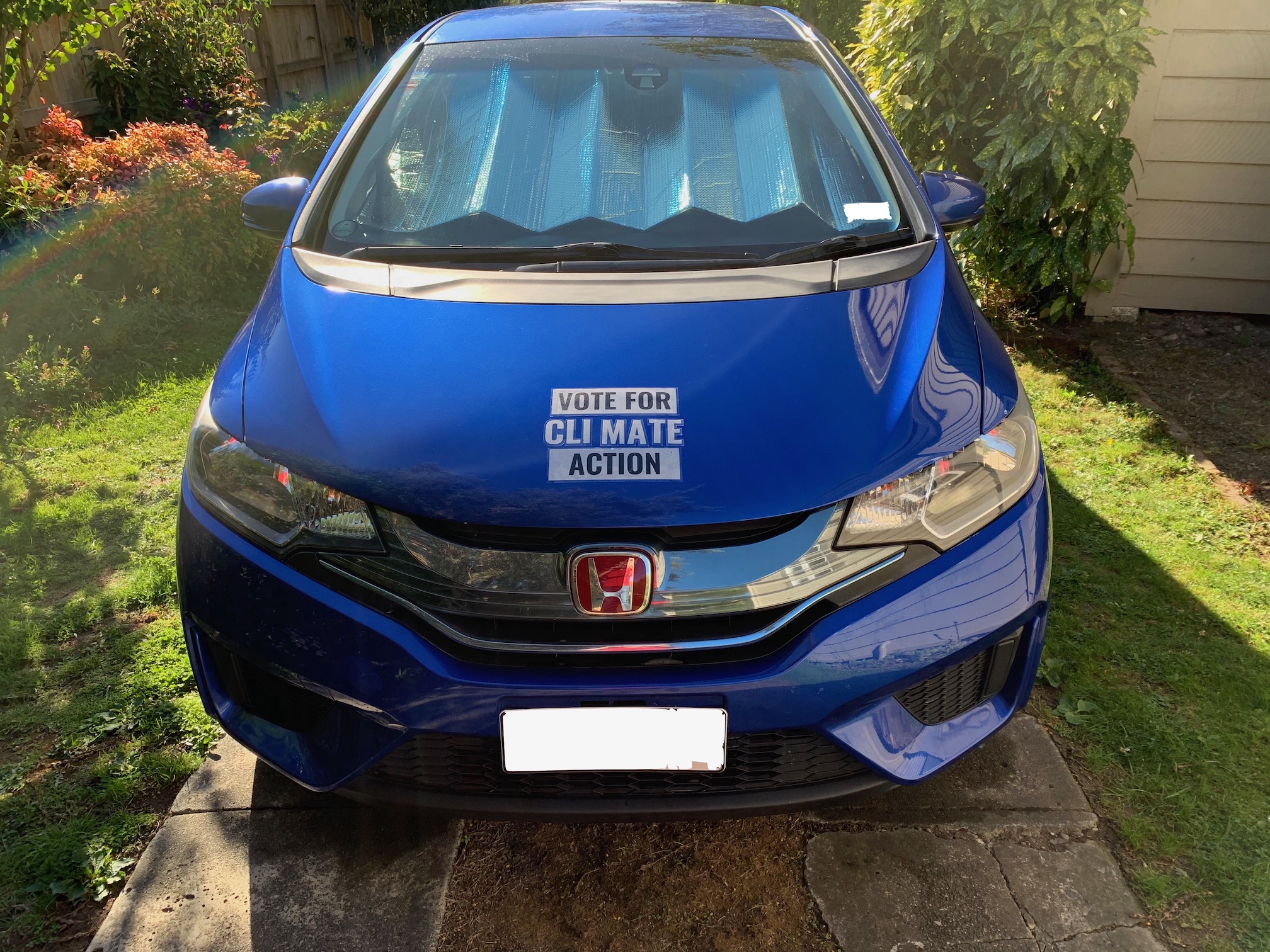