These are some notes from a custom script called “image2webp”, which acts as a macOS Quick Action to prepare an image for publishing on my website. It takes an image and resizes it to some common display sizes, as well as producing versions in WebP format for browsers which support it.

As you can see, the script is built into Finder, and you can right-click any image to create a folder containing web-ready versions.

That’s the demo. The rest of this post will discuss an issue with zsh and $PATH, and its possible solutions, in tedious technical detail.

The action has two parts: a workflow using macOS’ built-in Automator app, which shows up in Finder, and the shell script it calls upon to do the work.

Here’s the workflow itself. 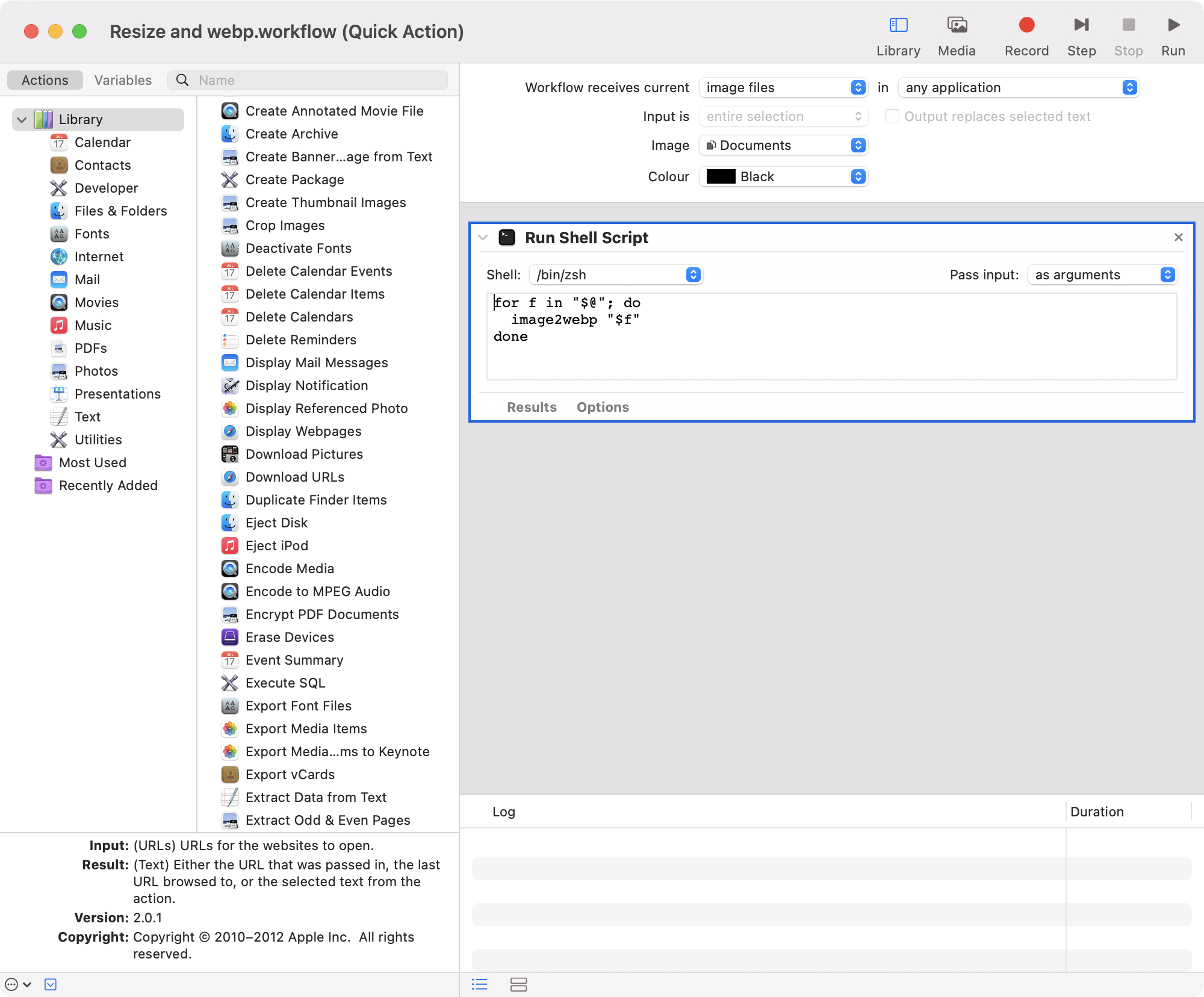 The workflow depends on:

Here’s the problem: All three of those programs aren’t available in the default environment Automator runs scripts in.

image2webp lives in my ~/bin folder, along with a bunch of other home-grown scripts that I have in my $PATH. The other two are in /usr/local/bin as usual.

The workflow can invoke ~/bin/image2webp directly, but when that runs, it won’t by default have the homebrew paths for /usr/local/bin/{cwebp,imagemagick}.

So how do we address that?

Make the workflow source my ~/.zshrc, which sets PATH to include ~/bin and /usr/local/bin, and does a bunch of other (unneeded) stuff.

Security? I control this workflow and my dotfiles (so no issue with my side of the code) and if there’s any issue with homebrew, cwebp, imagemagick or a dependency, I have to accept that risk.

If I were at work, I’d stop here. But this is a hobby, so let’s see if it can be improved!

Make the workflow embed the whole script (instead of calling out to it), including the paths to the binaries.

Slightly more portable, much less fiddly, but means you can’t invoke the script outside of calling the workflow (i.e. not from a regular terminal). And I do do that sometimes.

Isolate the path settings: create a custom ~/.zsh_paths or similar, source it from the workflow, and have that sourced by ~/.zshrc.

This is basically what my ~/.profile is - a set of environment variables.

Yeah, this works nicely. It’s cleaner than sourcing the whole ~/.zshrc but doesn’t constrain anything into being aware of custom paths. This is also a good reminder to check whether I’m setting any paths in ~/.zshrc directly. No, I’m not, and not in ~/.bashrc either.

However, while reading StackOverflow’s most popular zsh question 1, I realised that my setup was slightly wrong. In short, mine was set up like this:

But the consensus is that it should be like this:

So, that leads us to…

I made the change above. Then the workflow won’t need to explicitly load anything. It runs the built-in /bin/zsh, which will surely act like a sensible zsh and read the profile file itself.

When I tried this, it didn’t work! The zsh provided by macOS doesn’t read ~/.zprofile. Why??

Make the workflow load ~/.zprofile (aka go right back to solution 5).

It still requires an explicit load line, but now it feels like the right load line.

But wait, what’s this? There’s a place explicitly for environment variables, called .zshenv?

Move all profile lines into ~/.zshenv and remove the explicit ~/.profile read from ~/.zprofile. This is read even in a non-interactive shell (which Automator workflows seem to be), so the source line can be removed from workflows.

Upsides: login and interactive shells both get the right paths set, all the time, with no manual sourcing.

Downsides: divorces zsh and other (i.e. bash) environments further. If I still use bash for anything other than from zsh (when those variables will be exported), the two configs will get out of sync.

Delete all the bash config too and put a ring on zsh 💍. I’m initially wary, but then think - given that macOS has shifted off bash and onto zsh altogether, and remoting into bash-oriented hosts won’t be affected, maybe I’m willing to take that chance for the sake of simplicity.

I’m probably going to start using zsh-specific features and then wonder in future, on other hosts, where that stuff is - but I’m already comfortable having a local blinged-up Vim and using remote stock Vims, so I’m OK with that.

Also, my bash config is saved in git so deletion is never permanent. 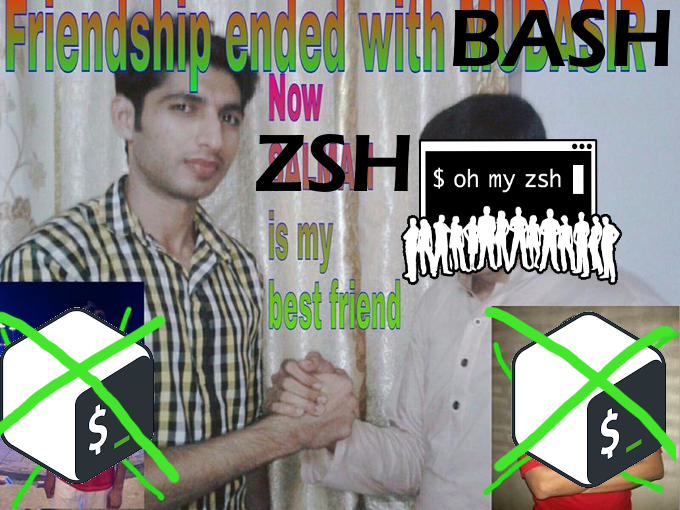 If you’ve made it this far, congratulations. I hope this has helped you on whatever quest you were on. Why not say hi in the comments?